A Second Chance For a Frozen Heart 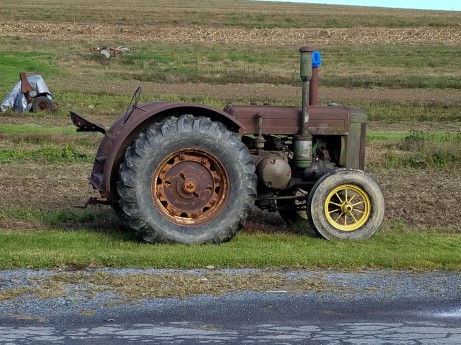 I passed some picturesque farm fields and tractors on one of my runs last week. It was the kind of November day that stirs up emotions, windy and partly cloudy. Weather like this makes me want to stand on top of a hill, look around at the countryside and fill my lungs with the brisk air in the hopes it will stir something in me as it twirls the leaves and corn husks above the meadows.

Near the end of my run, I passed one of the small spring-fed streams that are so common in our limestone-riddled area and a movement I saw out of the corner of my eye made me want to stop and investigate, so I hit the pause button on my watch and walked over. 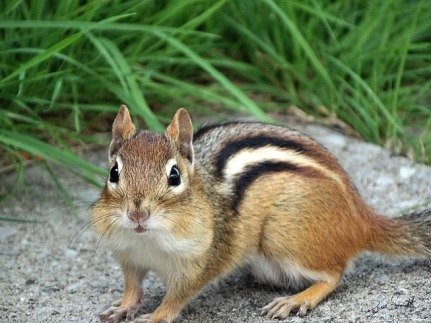 As is often the case, what I was looking for and what I found were two different things. The motion that caught my attention came from a chipmunk scurrying around in the tall grass. As I watched him, he sat up on his hind legs and looked me right in the eye for what seemed like a lifetime, but was really probably closer to 30 seconds. He blinked, turned tail, and dove for the safety of his burrow under a rotting log near the brook.

As I followed the path to his escape, I found something much more interesting. A salamander.

We recently had our first frost, one week into November and four weeks later than the typical first frost. Nights have been chilly, but some of the days are still warm and sunny, like the day before my run. This salamander, a Red-backed (Plethodon cinereus), was frozen solid. I picked it up and turned it over in my hands.

This particular salamander must have come out to hunt for pillbugs and spiders yesterday during the warm spell, stayed too long, and got caught out in the open without shelter, unable to move as the temperature plummeted.

I have warmed up seemingly frozen salamanders before, but none that had obviously been frozen as long as this little guy, nevertheless, I decided to give it a try and held him gently between my warm hands.

In less than five minutes, I began to feel some weak motion from the salamander. I breathed some warm breath into my hands and felt the movement increase. When the amphibian was completely thawed out, I put him back down near some rocks in the grass, and he quickly skittered under one, seemingly no worse for wear from his chilly ordeal.

I have seen videos of “grateful” fish coming back and nuzzling the hands of people who have released them into the waters of their native habitat, almost like they are saying “Thank you“. I had visions of my little salamander popping his head out and thanking me, but he didn’t, so I stepped back onto the path and continued my run.

As I ran, I thought about the salamander. What are the chances that someone would be passing by the spot where he lay, frozen in the grass, especially someone with a little amphibian knowledge? What if I had ignored the chipmunk and kept running? The little salamander would doubtlessly have frozen to death, beyond the possibility of revival.

The fact that life is a dicey proposition here on Earth is undeniable. It’s the same for salamanders and humans. Life is all so improbable, and yet. And yet, here we, so incontrovertibly, are. 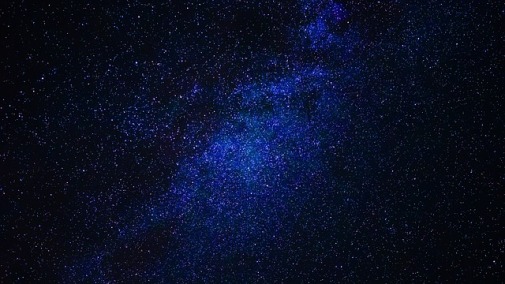 A new study reported in Discover magazine by astrophysicist Erik Zackrisson posits that there are 700 quintillion (that is a 7 with 20 zeros after it) planets in the universe, but there is only one like Earth, a statistical anomaly. The planets predicted to exist elsewhere are the wrong size, composition, or distance from a star to support life.

According to Zackrisson’s theory, we may be alone in the cosmos after all. Earth is unique. It is literally one in 700 quintillion. This theory reverses a trend that began over 500 years ago when Copernicus stated that Earth is not the center of the universe. Ever since then scientists have been diminishing Earth’s singularity. Zackrisson suggests that the Earth, indeed, may be the center of life in the universe. 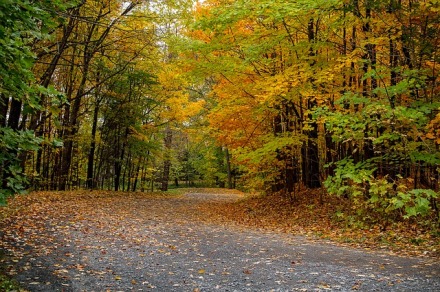 For some reason, not of our own making, we have the incredible gift of life, as unlikely as that may be. We are that lucky. That blessed. We live in a world that teems with life, abundant and in a myriad of forms. A world that contains chipmunks and salamanders; one where the autumn leaves swirl around us on a windy November day like sparks from a holy fire and second chances do exist to unthaw frozen hearts.

After my run, I went to the top of the small hill that we live on, I filled my lungs with the bracing air, and gave thanks. Thanks for everything. The beautiful green Earth, the heartbreaking blue sky, how fortunate I am to be living, and a God who knows just how exceptional it all is.

I will give thanks to you, Lord, with all my heart; I will tell of all your wonderful deeds. Psalm 9:1.

I am linking up with Jessica and Amy at Live Life Well, Fairytales and Fitness for Friday 5, Susan B Mead for Dancing With Jesus, Crystal Twaddell for Fresh Market Friday, Spiritual Sundays for Welcome, Embracing the Unexpected for Grace and Truth, The Blended Blog for Friday Loves, Counting My Blessings for Faith ‘n Friends, Peabea Photography for Sunday Scripture Blessings, A Spirit of Simplicity for Selah, Anita Ojeda for Inspire Me Monday, Shank You Very Much for Global Blogging, Random-osity for The Good, The Random, The Fun, Mary-andering Creatively for LMM, Meghan Weyerbacher for Tea and Word, blovedboston for Weekending, Nanahood.com, and Just a Second for Scripture and a Snapshot.