Three Of the Craziest Things I Ever Did

Have you ever done something audacious? Something bold? Something that makes your friends shake their heads and mutter “Crazy!“? 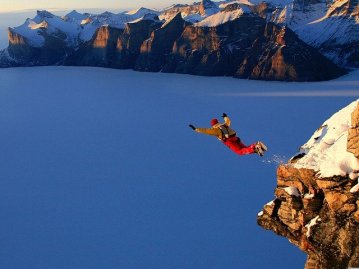 I’m not talking jumping-off-a-cliff-with-a-parachute-crazy. And I’m not talking about the crazy stuff we may have done when we were kids. That may fall under the category of “reckless” rather than crazy.

I’m talking about something you had to first consider, then screw up your courage, and finally say “Yes. I’m up for the challenge, up for the adventure, up for the crazy!”

I am considering doing something crazy this weekend. I need it. I have been feeling anxious and scared for too long now and it’s affecting my sleep, my mental health, and my outlook on life. I need a little bit of crazy.

If I do it, I will write about it in this space next week. My “crazy” does not involve breaking any social distancing rules. I will probably be by myself (unless I can convince the hubs to be crazy too).

Here are three crazy things I have done. You may consider these escapades pretty mild to be considered “crazy” but I am, by nature, fairly conservative. I consider them to be a little bit on the wild side.

I hope to have another one to report next week.