The Stubborn Promise of Hope

I went to the track for a speed workout last weekend. I am adding one speed workout a week to my routine with the hope of improving my race pace.

The possibility of a new PR (personal record) is behind me, but I believe I can recover a little bit of the speed I lost due to the hamstring injury that plagued me for the better part of two years.

The plan was to do a reverse ladder of sorts. For those of you unfamiliar with running lingo, a reverse ladder is when you run intervals of decreasing distances at increasing speeds with short rest periods between each interval.

It had rained the day before and more heavy rain was in the forecast but I hoped to finish my workout before it began pouring.

Hope is so stubborn.

As I ran, I thought about hope. I’m all for it, with an important caveat. Let me explain with a baseball story.

In about six weeks, pitchers and catchers will report to spring training in Florida or a similar warm clime for the start of the 2020 Major League Baseball season and I will once again begin to invest a portion of my store of hope in the Philadelphia Phillies.

This is a mostly futile proposition; in the past decade, the Phillies have had a winning season exactly once.

The problem with this hope arises when I start believing that just because I want them to win, they should win, that I am somehow entitled to watch a winning team. When I reach the point in the season when I become frustrated and exhausted by their losing ways, I know it is time for a reset. I am not promised to follow a winning team.

The Prosperity Gospel or the more recently named Positivity Gospel is taxing in the same way. 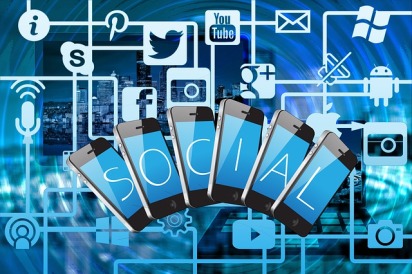 Proponents of these gospels, which seem to promote the concept that God is in the business of dispensing “favors” or swooping in to intervene when life’s catastrophes strike, if only we have enough faith, pop up often on social media.

If I am to believe my social media feed, I would think that belief in God results in faster marathon times, fabulous vacations to exotic locations, luxury cars, and adorable, well-adjusted children. In other words, a totally uh-mazing life.

These gospels preach that belief will make us feel good, always. That Jesus is the immediate remedy for depression and sorrow. If we are, somehow, downhearted, the reason must be a flaw in our faith or questionable moral character. The pressure to be exuberant at all times is relentless.

The dilemma is that there is no such message in the real gospel. You know, from the Bible. In fact, many passages in the Bible suggest just the opposite.

We are told “In the world you will have tribulation. John 16:33 and “Indeed, all who desire to live a godly life in Christ Jesus will be persecuted,” 2 Timothy 3:12.

This may seem like a depressing message, but it’s not. In fact, just the opposite.

When you get laid off from your job, or your husband of 30 years tells you that he “needs some space“, or your perfect child winds up with a DUI, or your father develops Alzheimer’s, where does the Positivity Gospel leave you? It leaves you feeling as though your faith must be suspect.

Not only so, but we also glory in our sufferings, because we know that suffering produces perseverance; perseverance, character; and character, hope. Romans 5: 3-4

Yes, suffering produces hope. The journey of faith is not one that avoids the dark places of despair, frustration, even anguish. These black, hopeless places are where we find God closest, even if we can’t imagine it at the time.

Admitting that we are not constantly euphoric, content, or even okay is actually an affirmation of our faith, rather than a character flaw. Our religion is supposed to make us feel better during bad times, not worse. We are not promised ceaseless bliss.

As I crossed the finish line and walked off the track, I checked my watch. Pleased with my interval times, I started the short jog back to the rec center and a warm shower. It had started to rain and I was getting soaked.

Even though I hoped to complete my workout before the rain began in earnest, I didn’t quite make it in time. Maybe, I thought, running in a 40-degree pelting rain would count as suffering, which would result in perseverance, character, and eventually, more hope.

If I acquire more hope from this suffering to add to my stash, I know just where to spend it. The Phillies recently signed a hot-shot third baseman and the upcoming season looks bright. Just thinking of the words “Play ball,” leaves me smiling. Hope springs eternal.