All You Need Is Love. And Coffee 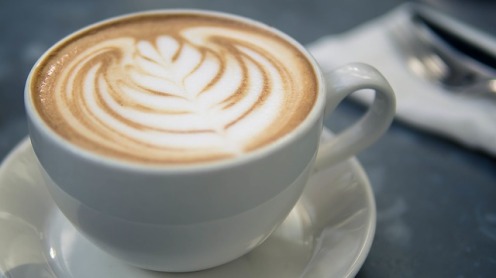 Time for our monthly coffee talk. Sit down, pour yourself a cup and let’s chat.

If we were having coffee, I would tell you about our recent trip to Colorado to stay with our grandson during his pre-school’s spring break so that his mommy and daddy did not have to take time off work.

We had lots of adventures, sometimes without ever getting out of our (fireman) jammies. Trips to parks of varying proximity to our house were high on our agenda. We also enjoyed getting a “surprise” from the toy department at Walmart during each visit to the adjacent grocery store.

Running in Colorado was breathtaking. Literally. Our runs typically began at our son’s house, which sits at approximately 6800 feet of elevation and went up from there.

Late April was early spring at our son’s house in Steamboat Springs. Daffodils were not quite ready to bloom, none of the trees had leaves, and the snowpack still existed in shaded spaces. As we climbed the nearby ridge, the tentative signs of spring receded. Snow remained firmly ensconced on the ridge above our son’s house.

My lungs burned as I climbed, first on a gravel trail, then on a partially paved county road. The scenery was beautiful, but my hopes of running the Steamboat Springs Marathon faded as I climbed, due to my reaction to the reduced amount of oxygen in the air.

The older I get, the more altitude affects me. At one point, on the third day of my stay, I was so fuzzy in the brain, I couldn’t think straight. My daughter-in-law told me the condition was typical for flatlanders like me.

If we were having coffee, I would tell you the weather was beautiful during most of our stay. We took walks in our shirtsleeves, our grandson played in his bathing suit at a local reservoir, and the Colorado sun shone on down on us. On the final day of our trip, however, the weather shifted, winter returned, and Steamboat Springs, which is located in the Yampa Valley, received three inches of snow.

The mountain pass out of the valley was in the throes of a winter storm the morning we left at 4:00 a.m. to return to Denver and our flight home to Pennsylvania. We are winter wimps in our corner of the world, not used to driving in snow. Our trip back to the airport was a white-knuckle one, but Bill drove uncharacteristically slowly and we made it to Denver International with plenty of time to spare.

If we were having coffee, I would tell you that tomorrow Bill and I are running a 5K, sponsored by a local dairy (hence the huge cow in the background), which we ran last year. It occurred during one of the few times my hamstring injury was under control and I wound up winning my age group.

Now, of course, rather than looking forward to running a very fun 5K, I am nervous about repeating my performance from last year. Ugh! Why do I do this to myself? My plan, just allow me to put it out there, is to run comfortably hard, but not all-out race pace. I will let you know how this goes.

Finally, if we were having coffee, I would tell you how much fun I am having watching this guy play soccer. His little soccer cleats and shinguards remind me of the times, years ago, his daddy and uncles played the same game.

I don’t know how many hours I spent at soccer, football, and baseball games and wrestling and tennis matches. When the two youngest boys switched from football to golf in the fall, I was in heaven. By that time I was burned out.

Golf, at least at the high school level, was not a spectator sport. I could say “Get a hole in one!” without actually attending a golf match.

Now, however, after a hiatus of many years, I am ready to resume watching boys participating in sports again. My grandson Henry reminds me of the teams my husband used to coach – players watching butterflies rather than the ball, more interested in the post-game snack than strategy, and enthusiastically cheering their teammates, but not quite sure exactly what they were cheering for.

Everything old is new again.

I am linking up with Coco from Running With Perseverance and Deborah from Confessions of a Mother Runner for their Ultimate Coffee Date, and Kooky Runner for Tuesday Topics.