The Return of the Prodigal Runner 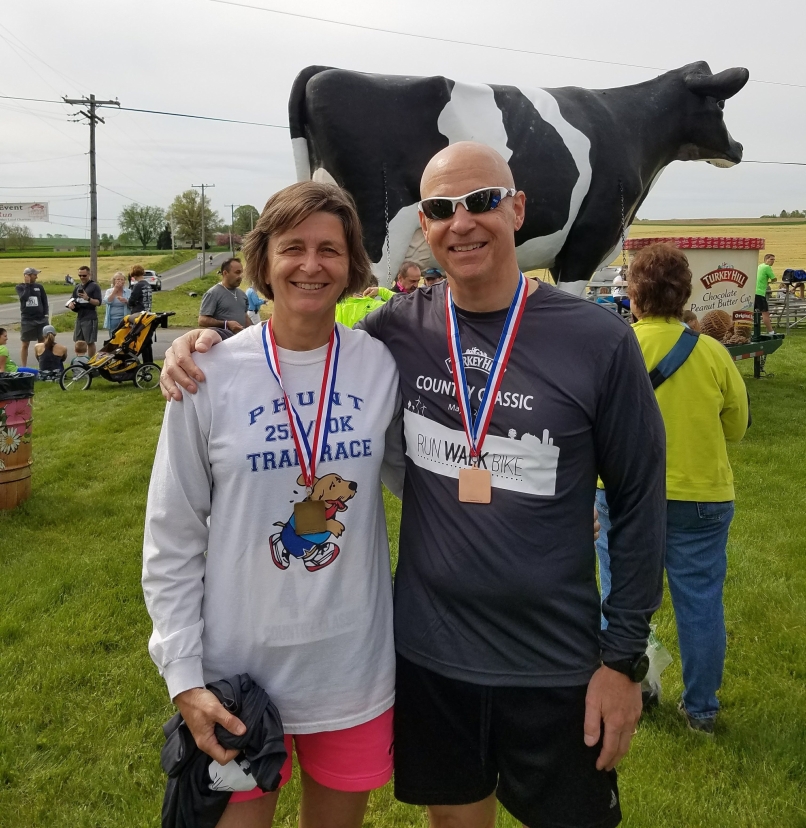 I ran a 5k road race with my husband Bill last weekend. It was a lot of fun. There were two longer race distances that accompanied the 5k and some bike races, too. After the race there was a party featuring Turkey Hill ice cream and drinks, children’s games, a giant cow, and the Phillie Phanatic (that guy is busy!) It was a perfect way to spend a beautiful spring morning.

Whenever I do a road 5k, I always feel as though I am getting back to my roots. Like most runners, my first races were all road 5ks, and I have never lost my affection for them. I do mostly trail races now. I love trail races for many reasons – the lack of time expectations on my part, the laid-back atmosphere, the challenge of concentrating on every footfall for hours, and the bonanza of food (and sometimes even adult beverages) served both during and after many trail races.

When I return to road 5ks, I feel like the prodigal daughter coming home. 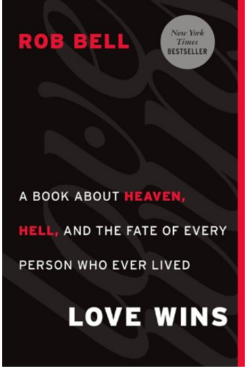 I just read a book entitled Love Wins by Rob Bell. It is an interesting book, which generated a lot of controversy when it was first published in 2011. I wish I had bought a paper version of the book. I like to dog-ear pages, make notes in the margins and highlight sections to think about later.

I bought it on an e-reader so that I could take it along  on my trip to Colorado and load other books if I finished Love Wins, but that never happened. I didn’t finish the book; I spent all of my waking hours playing with my grandson, then fell into bed, exhausted from following a toddler’s exuberant schedule.

The premise of the book is this: Christianity is supposed to be a loving, inclusive, redemptive religion. That is Christ’s message. Why then do we (as Christians) support and disseminate a message that condemns all but a select few followers to eternal damnation and torment? (And each group of followers believes that they are the sole inheritors of heaven.)

Bell cites several passages from the Bible which state that God desires all people be saved. One of the most compelling is 1 Timothy 2 “God our Savior…desires all people to be saved and to come to the knowledge of the truth.” He asks a very good question:”Does God get what he wants?”

Yes, we have the freedom that accompanies love. We have free will, but God is all-powerful and all-knowing.

Bell’s exposition of the story of the prodigal son is a good one, and easy to follow. This parable describes a father’s responses to his two sons. The younger son asks his father for his inheritance early, then squanders it. The elder son remained steadfastly working for his father.

When the younger son fearfully returns home with his tail between his legs, worried that his father will chastise him, he is surprised when his father throws a lavish party to celebrate his return. The father’s irrepressible generosity apparently knows no bounds.

The older son is resentful and refuses to participate in the party. He believes that because he was a good and faithful worker for his father, his father owes him. The father, trying to cajole him to join the party, lovingly tells him “You are always with me and everything I have is yours.”

In this story, the father stands for the Father. Bell explains that in this parable, Jesus is telling us that there is nothing we can do to earn the Father’s love. It cannot be earned and it cannot be taken away.

True, the younger son’s choice of lifestyle led him away from his family and caused him shame and heartache. When he chose to come home, however, his father welcomed him joyously, with open arms.

The older brother’s resentment and bitterness are caused by his assumption that his father loved him for his obedience and hard work. This expectation also caused separation from his father, maybe of a more serious nature than the younger son’s separation. At the end of the parable, the elder son does not come to the party, even though he is enjoined by his father.

I can put myself in the place of each son – coming home sheepishly after displeasing my parents (I am a youngest daughter) and locked in a dungeon of self-righteous resentment, refusing to come to the party. I have also been a forgiving parent. There is nothing my children could do that would make me stop loving them. They do not have to earn my love. The emotions in this story are easy to imagine, easy to identify with. They deal with honest, true human responses.

Bell states that there is nothing left for both sons to do but “trust”, and cites Philippians 3 “Let us live up to what we have already attained.” God’s love is ours. We cannot do anything to make Him take that love away, and there is nothing we have to do in order to earn it. This is a story of reconciliation and redemption.

I have to agree with most of the reviewers who gave the book mixed reviews. Some parts of the book, like the ones I described earlier, were very good; in some parts Bell’s logic and/or theology seemed questionable. I read one review that attached the label of “Christianity-lite” to the work, a good introduction to the religion, but not one with a lot of intellectual heavy lifting. One part of the book that I did not like were the final pages, where Bell seemed to lose his nerve, sensing the coming firestorm of criticism, and contradicted the message that he had been giving throughout the rest of the book. If you haven’t read it yet, however, it’s worth the read. 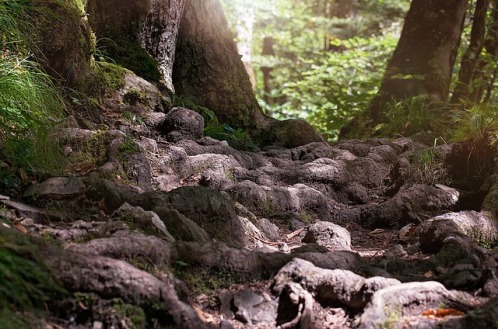 The parable of the prodigal son was always one of my favorites. Maybe it’s because I like to think that God wants us to enjoy life, and would understand and forgive our distraction with life’s pleasures. The prodigal son’s distractions were fast women and dissolute living. Mine tend to run more to dirt single track, gnarly roots, boulder scrambles and intimidating elevation charts. To each his (or her) own. What are yours? 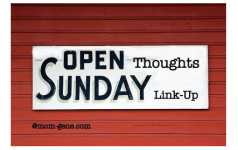