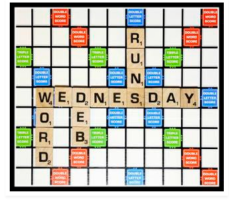 I am excited to link up with Deb Runs for her Wednesday Word. Each month Deb suggests a word, and the challenge is to write a post about that word. This month, the word is technical. 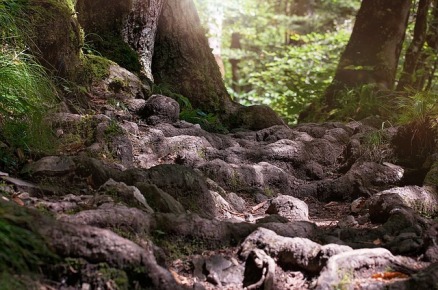 When you say the word “technical” to a trail runner, we think of a technical trail. When I first began trail running, after exclusively running on the road for many years, I didn’t understand what constitutes a “technical” trail. I don’t know if there are any specific criteria, but a technical trail, to me, is one where I better be prepared to suffer.

When I picture a technical trail, I see steep ascents and descents that force you to put your hands on your knees to catch your breath, plenty of rocks and roots lurking to trip you, and icy cold streams to cross that will penetrate your trail shoes and drive mud deep under your toenails. Just like my last race, the Hyner View Trail Challenge 25k. 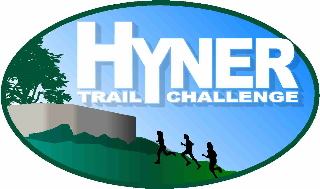 The first I ever heard of the Hyner View Trail Challenge was in part of a story that some of my running friends told during a long training run.

I have a friend Eileen who is an excellent runner. She is a yoga instructor, nutritionist, and all-around fitness guru. When she was in her 50s, she decided to run her first marathon. She registered for God’s Country marathon, a sort of Appalachian version of the Pikes Peak Marathon, with an elevation profile that looks like an upside down “V”. She won the marathon and qualified for Boston. That’s the kind of runner she is.

Some of our (male) running friends, including her husband, convinced her to run Hyner with them. They finished ahead of her and waited for her at the finish line. Immediately upon crossing the finish mat, she pulled off her trail shoes, threw them at her husband’s head, and vowed to never run a trail race again. To my knowledge, she hasn’t. That’s the kind of race it is.

It was with trepidation that I signed up for the Hyner View Trail Challenge almost a year before the actual race (the race is so popular that it sells out quickly after registration opens). Not only was the race course daunting, I have a fear of heights, and I know that some of the trails on the Hyner course are narrow and have steep drop-offs. The advice I got from experienced running friends was not to look down. Or sideways. Or behind me. Not comforting. 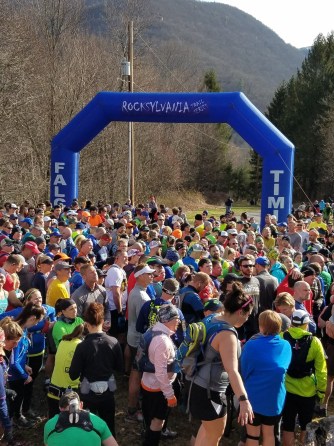 The day of the race was perfect for running, partly sunny with a starting temperature around 30 degrees, with a forecast for the mid-50s. 1,000 of us lined up at the starting line, and we were off. 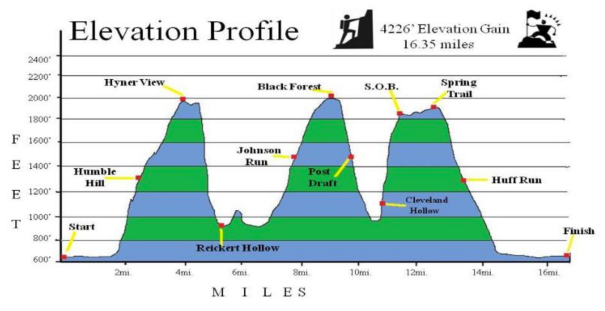 After running a short downhill on the gravel road, we came out on a state highway, which was closed to traffic, to run across a bridge over the Susquehanna River. We turned left and, after some congestion getting through a narrow gate, were on the Cliffhanger Trail.

The Cliffhanger Trail is aptly named. It is a narrow trail carved into the side of a mountain. The trail is rolling, with more ups than downs. To my left was the side of the mountain; to my right a steep drop-off about 100 feet down to the river. As long as my feet are on the ground (as opposed to, say, riding on a chair lift), my phobia of high places is not too bad. I did, however, do some mental calculations about water temperature and surviving a fall into the river.

We left the cliff, and started up the spine of the mountain. This was a serious climb. I could have reached out and touched the man in front of me for most of the hill. When I looked straight ahead, I was staring at his calves. That’s how steep the trail was. When we finally got to the very top of the first hill after several false-summit teasers, we rounded a stone wall from which hang gliders launch, and arrived at the first aid station.

The first descent was steep and rocky. Some of it was not runnable. I usually passed people on the ascents, and got passed on the descents in this race. 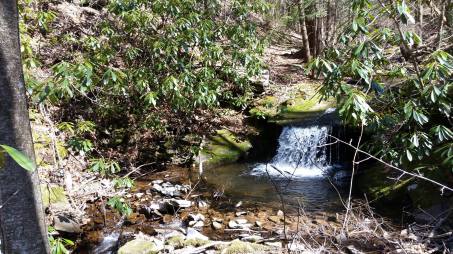 At the bottom of the first hill, we had our first stream crossing. It was nothing too notable, just a little creek that was too small to jump over. My feet and ankles got wet. We ran slightly uphill to the next stream crossing, then the next, and the next….I finally lost count after about eight stream crossings. The trail was uphill, very rocky, and some of it was actually in the stream bed. Your socks would just have most of the water wicked away from your feet, when you entered another thirty-something degree stream. This was the most discouraging part of the race for me. 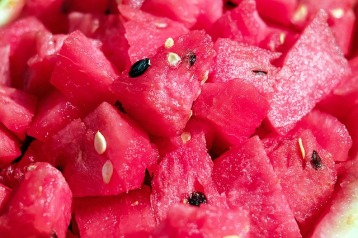 At some point in the second climb, we veered away from the stream and the incline increased, but there were still occasional water crossings. This section of the race was extremely rocky. The second aid station at the top of the second hill featured watermelon. It was the best I have ever tasted! I polished off a big cup and started the second descent, which was similar to the ascent, only downhill instead of uphill.

We reached the bottom of the second hill, and immediately began our third and final climb. The initial part of the climb was not remarkable. Some of it was even runnable, but it quickly turned into some very steep switchbacks, which had all of us puffing and panting. I made up my mind to keep moving, no matter what. I did not want to stop to catch my breath. I was afraid that I would never get going again!

Now, the last hill is aptly named the SOB. The final section of the third hill is so steep that runners were scrambling up using their hands, and grabbing onto saplings for support. You could not stand up straight on this last section. You would fall over backwards. I again vowed that I would keep going, no matter what, and eventually, after about 10 minutes that seemed like an hour, reached the third and final aid station at the summit. I grabbed a drink and some pretzels. 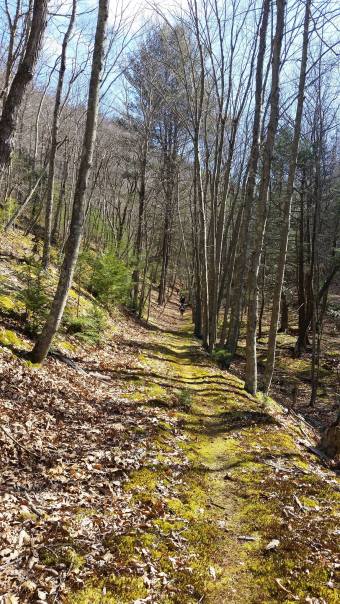 The reward for finishing SOB was about a mile of gently rolling, mostly downhill double track. What a relief! We returned to some very steep, rocky single track for our final descent. By then, my quads were screaming, and I went down some of the steepest parts sideways.

The bottom of the final hill ends at the state highway on which we began the race, so we ran back across the Susquehanna, and towards the start. Hyner had one final steep hill, however, before we could finally see the finish line. I crossed the finish line in 4:47, longer than it takes me to do a marathon. My husband Bill wrapped me in a big hug. He had warm clothes waiting for me – how deluxe! I won first place in my age group, which I was extremely happy about. 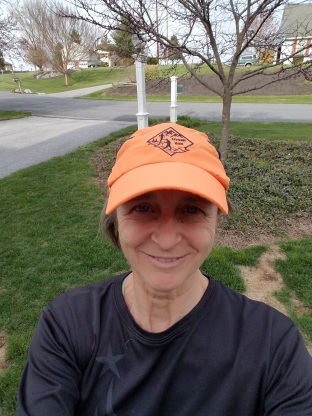 The finisher’s award was a hat, rather than a medal (nice!) After the race, a party awaits. There was pizza, barbecued chicken, hot dogs, baked beans, cole slaw, soda, beer, and (the best part) home made desserts. Music was blaring, and the survivors of the race were in a festive mood.

Hyner is a tough, but not impossible race. I am so glad that I did it. I would recommend it to any trail runner who loves a challenge. Just be sure to train for the race. The trails of Hyner will forever now be my definition of “technical”.