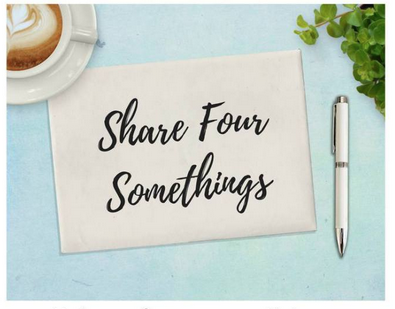 I am excited to participate in a blog link up with blogger Heather Gerwing. The last Monday of each month, Heather invites other bloggers to share their “Four Somethings”. These should include Something Loved, Something Said, Something Learned, Something Read. These are four great topics to think about! If you are a blogger, you may post your Four Somethings too! 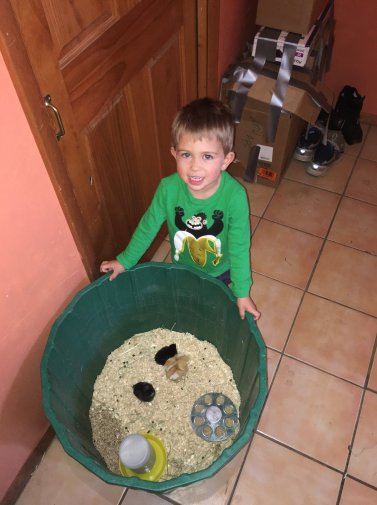 No doubt about this one! I love this little guy to the moon and back. I only get to see my two year old grandson about three times a year, because he lives in Colorado and I live in Pennsylvania. Here he is helping his dad with some new spring chicks. This week, I will be visiting him, playing, going to story time, and getting all the spoiling done in a week that I would usually have to spread out over three months. Oh, yes…I guess I will see my son and daughter-in-law too. 😉 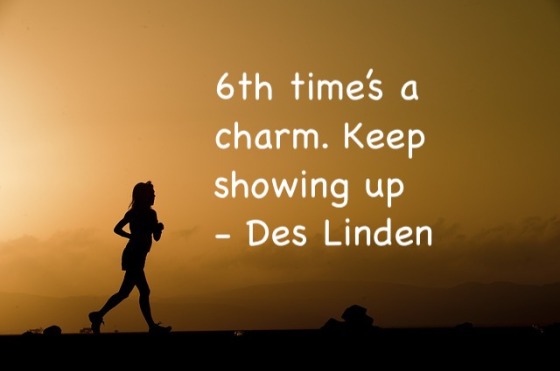 I watched through tears as Desi Linden became the first American woman to win the Boston Marathon since 1985. Desi is the ultimate plugger, and a remarkable woman. Her quote summed up the philosophy of many runners:

“Some days it just flows and I feel like I’m born to do this, other days it feels like I’m trudging through hell. Every day I make the choice to show up and see what I’ve got, and to try and be better. My advice: keep showing up.”

Thank you, Des, for reminding us that showing up is of utmost importance. 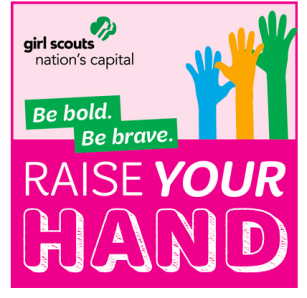 I learned about a bright, bold fifth grade girl named Alice, who started a movement that resulted in a new patch girl scouts can acquire, called the Raise Your Hand patch.

Alice noticed girls in her class weren’t raising their hands as much as boys did. She lacked confidence to raise her hand, unless she was 100% sure of the answer. One day on a field trip, she saw the boys in her class raising their hands, standing at the front of the group, getting the majority of attention from guides and teachers who were talking to the students.

Alice decided to do something about it. She decided to raise her hand. She didn’t get every question right, but she got a lot of them right. That gave her confidence to talk her friends into raising their hands more often too. And her friends talked to their friends. The girls took the idea to their girl scout leader, who loved it, and the new patch was born. 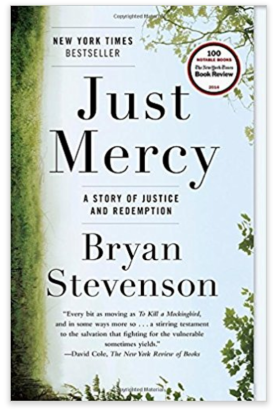 I recently read Just Mercy by Bryan Stevenson. I liked the (nonfiction) book, which tells the story of an idealistic lawyer (Stevenson) and his foundation the Equal Justice Initiative, who seek justice for impoverished, wrongly-convicted or unfairly sentenced men and women who have run out of other legal options.

In his book Stevenson recounts meeting an elderly woman whose grandson had been brutally murdered. She repeatedly showed up at the courthouse, even after the trial for her grandson’s murder was over. She felt that she was called to lend support and comfort not only to relatives of other murder victims, but also to the families of the accused. She told Stevenson that she was there “to catch some of the stones people cast at one another,” invoking the parable from the Gospel of John where Jesus told the crowd ready to stone an accused adulteress “He that is without sin among you, let him cast the first stone at her”.

Stevenson coined the term “stonecatcher” to describe the elderly woman, and lamented the fact that “today, our self-righteousness, our fear, and our anger have caused even the Christians to hurl stones at the people who fall down, even when we know we should forgive or show compassion.” He called for more people to become stonecatchers.

In a time when social media judging and condemnation is rampant, we need more stonecatchers to relieve suffering and show compassion even (especially?) to those who don’t deserve it. It is Christ who showed the way. Who are you? A stone thrower or stonecatcher?

Thanks to Heather Gerwind for the opportunity and inspiration to reflect on four significant subjects!